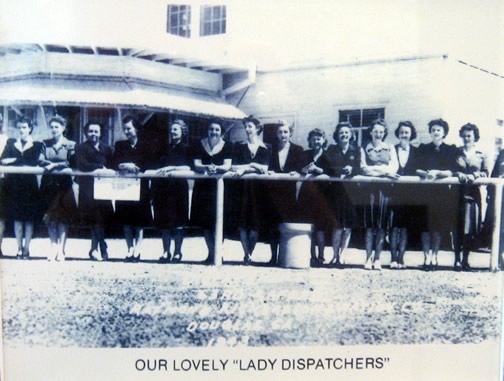 There were usually 200 cadets stationed here along with some Army officers. Civilian instructors lived off the base. The base also employed mechanics, office workers, dispatchers, cooks and waiters from the local area. Women were hired to keep records of the planes and to give periodic mechanical inspections. The women also attended school on site and received their Civil Air Mechanics License. The course consisted of three months of training where aircraft fundamentals, theory of flight, structure and design, hydraulics and other subjects relating to aviation were taught. By the peak of the war women made up 25% of licensed mechanics at the airbase.*