Biography of Herb A. Miller 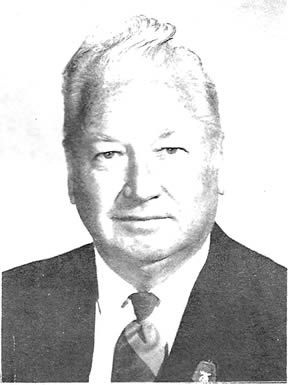 While Herb Miller was instructing at the base in Douglas, GA., he rebuilt a J2 Taylor Cub. When the Base closed in 1944, Herb went to Jacksonville, Florida, with Dan Marley and Curtis Pitts at Williams Flying Service at the old Hart Field. Herb worked as a Flight Instructor and did maintenance work with Curtis Pitts. While there in Jacksonville Herb became a very close friend of Curtis Pitts and one day in Dora Street, Jacksonville, Florida, Curtis asked Miller to help bui1d an airplane that he designed. Miller agreed to help build the plane, and the Pitts Special was started. The plane was later moved to Mr. Curtis Pitts garage where the Pitts Special was finished.

The first Pitts Special had a 55 H.P. Lycoming Engine, and later a 90 H.P. Franklin Engine was installed. Herb was the Test Pilot for the first Pitts Special. In 1946, Herb and Doris Miller moved to Ridgeland, S. C., where Herb founded the Miller Flying Service and in 1947, founded the Miller Dress Factory. Doris wanted Herb to move a factory closer to Douglas, Georgia, and in 1949, Herb founded the Miller Dress Factory., Inc., Baxley, Georgia. In 1951, the Baxley Dress Factory, Inc. was founded, and in 1956 the Miller Dress Factory, Inc., of Puerto Rico was founded, in Barceloneta. In 1960 Herb Miller flew for Ron Rico Corp., a division of Seagrams Corp. of New York City. Herb was flying a B-55 Beechcraft Baron which was based at Arecibo, Puerto Rico and covered the areas of Central and South America and the Leeward and Windward Islands and Greater Antillies in December of 1967. Herb started flying for B.V.D. Corporation in a Bell 206A Jet Ranger Helicopter based at San Juan, Puerto Rico. He held a single and multi—engine, Land and Sea Helicopter Gyro Plane and Glider Instructor ratings.