Flying classes and physical training were the top priorities of the base at Douglas. Half the day was spent on each. 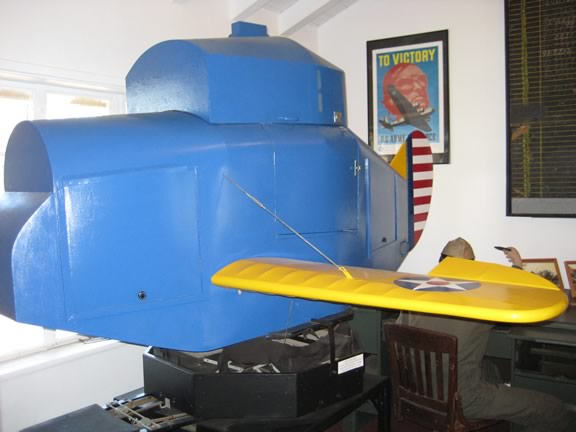 A Link Trainer is a simple flight simulator named after its inventor, Edward A. Link. The Link Trainer was put in operation in Douglas on July 3, 1942 (Interview with H. D. Bush). It was often difficult to get parts for the Trainers, resulting in significant downtime and much overtime for enlisted men who tried to maintain the trainers. 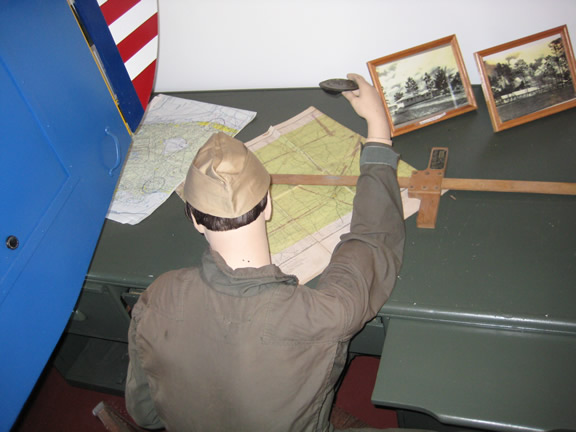 Students were given five hours of Link training as part of their training at Douglas. 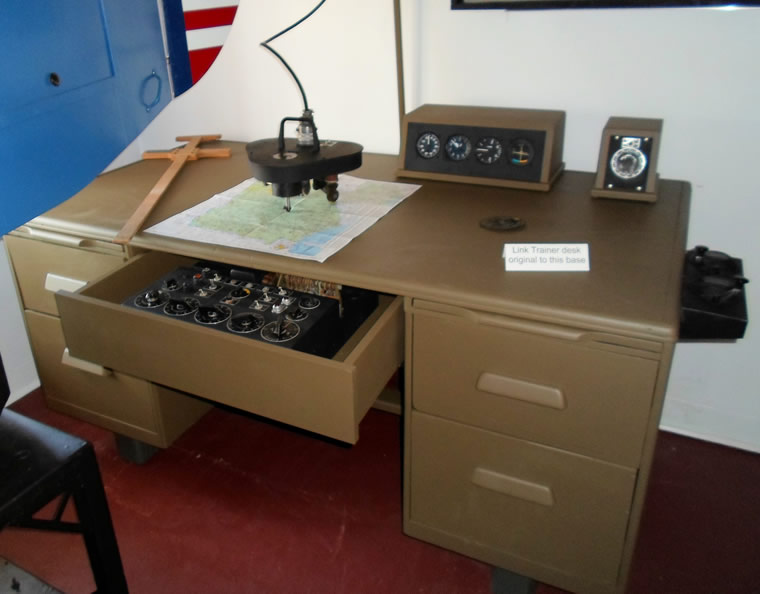 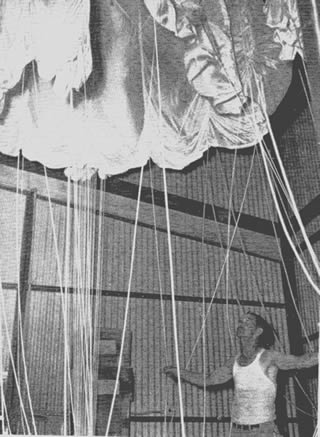 The photo shows a parachute rigger in the drying room.

The cadets were trained by the civilian parachute rigger in the operation and folding of parachutes. Parachutes, because of the straps, were fitted based on size of man, and cadets were trained to adjust their straps for best fit and to inspect their parachutes carefully.To view the pages on goggles and parachute operation from the Students’ Manual on Primary Flying written by the Army Air Forces Training command in the 1940s, click here (a PDF will open in a new window).

Teaching aids used by the ground school instructors included: a magnetic compass mounted on a tripod with the purpose of demonstrating compass compensating; a mockup of a compass, including compass card, window and lubber line, for practice in reading compass indications; wooden models of the E-6B computer; a mockup of an altimeter; a cardboard propeller to teach pitch angle and angle of attack; a cross-section of a carburetor; and a cut-away Continental seven cylinder airplane engine (Interview with Massey). 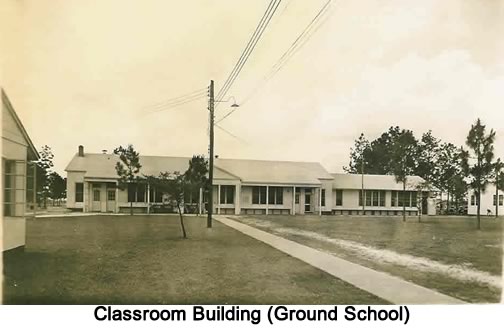 During 1942, there was a shortage of instructors for ground school. There were never more than four instructors available during the year. With the increasing class sizes this became a problem. New instructors were trained by attending the class they were soon to teach (Interview with Massey).

Flying Training in the PT-17 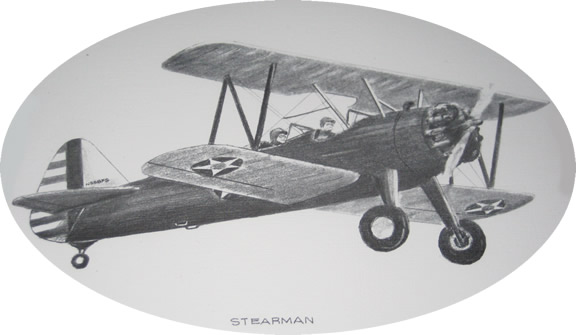 Interview with Joseph T. Massey, Director of Ground School, on January 17, 1944, as cited in The History of the Douglas Primary School, compiled by Theodore F. Meltzer, 2nd Lt., Air Corps.