↓ Skip to Main Content
Home › The Air Base at Douglas, Ga — then and now

The Air Base at Douglas, Ga — then and now

This site was one of fewer than 75 World War II Primary Pilot Schools nationwide (the school was a "primary school," which describes the step in air cadets’ training when they fly their first plane).  The twelve buildings and structures (and one flagpole), are an outstanding example of a World War II flight training school, with the original structures and campus virtually unaltered. The Douglas site retains the most intact and unaltered WWII flight training base in Georgia.

Inside Airport Circle, the buildings were originally built in a symmetrical pattern. The barracks were built in matched pairs, with two identical barracks on each of the four sides of the innermost quadrangle, resulting in 8 barracks, the canteen and the administration building forming the quadrangle. The first ten barracks were completed in 1942, with eight in the innermost quadrangle and 3 additional barracks farther out, in the corners of the oval driveway (now Airport Circle). Original walkways cross the oval and join all buildings within the oval. Much of the symmetric pattern and walkways are still visible. The mess hall once stood at the north end of the oval, with the classroom building and hospital still standing at the south end.

Outside the oval were the hangars, flight tower (no longer standing), and the guard house. Two of the original hangars remain, with one of the hangars in use for restoration of WWII aircraft:

Also outside the oval, on the south end, was the link trainer building (no longer standing): 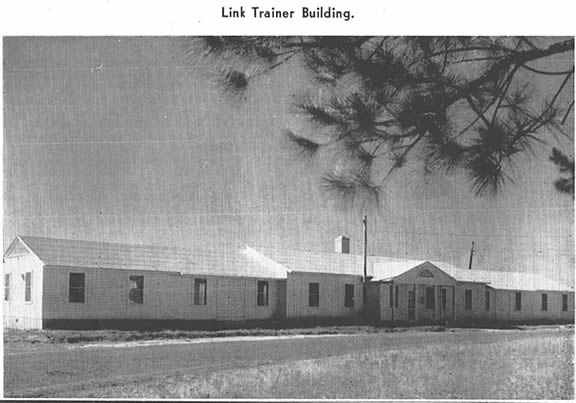 Below is an aerial view of the base in about 1943. 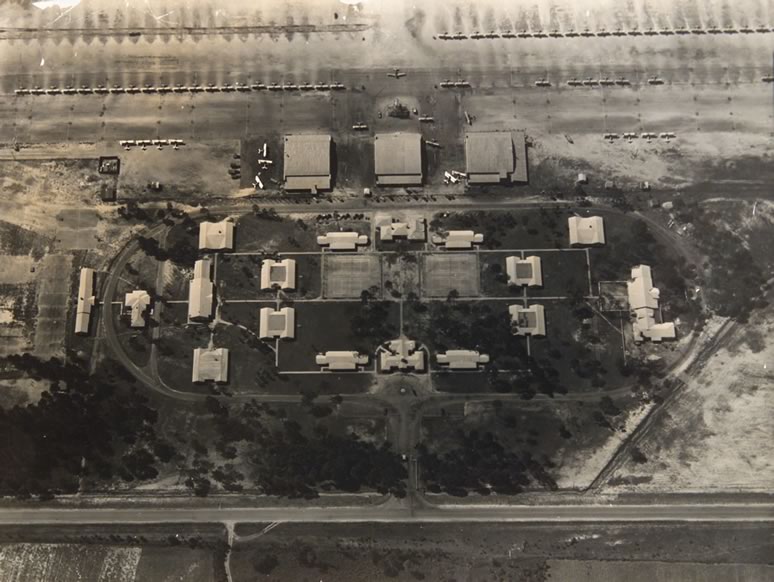